The Futurity is open to all Borzoi puppies, bred by a BCOA member, whelped within a certain period of time preceding the BCOA National Specialty and meeting certain requirements.

The What of It 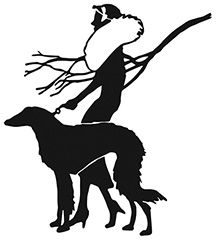 The Futurity is an event where competition is similar to a puppy sweepstakes. It is open to all puppies bred by a member of the Borzoi Club of America. A bitch, prior to whelping, is placed in nomination for a fee. Following the whelping, and before the puppies are one month old, the litter is placed in nomination for an additional fee. Thereafter, individual puppies are nominated to the Futurity at three month intervals for a $5 fee.

When you receive your puppy from a nominated litter, the breeder will give you a card to send in to the Futurity Chairman with your $5 fee. Thereafter, approximately 2 to 4 weeks before it is due, the Futurity Chairman will send you a card for the next due date. At any time you may pre-pay your Futurity entry by calculating how old your puppy will be at the time of the next Futurity.

When your last card has been paid you are automatically entered in the Futurity. For example, if your puppy will be 12 months at the time of the Futurity, your 12 month payment will be your entry and you will compete in the 12-15 month class. No other entry will be necessary. Your breeder will have an option to enter the Futurity Stud Dog/Brood Bitch which is separate from the National Specialty classes.

The Where of It

The Futurity is held as the first conformation event of the National Specialty. The National Specialty rotates to different areas of the United States every year. It is an elegant evening event with a Specialty Opening Reception and everyone is asked to dress in jacket/cocktail attire. The 2023 BCOA Futurity will be Tuesday, April 25 in Virginia Beach, Virginia. Only puppies listed in the Futurity catalog are eligible to go forward to the next Futurity. 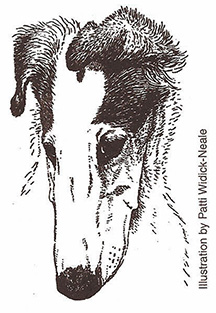 The Futurity judging is held during the BCOA National Specialty, as a BCOA event.

The judge names are submitted by the breeders of the nominated puppies that are still nominated at the end of the Futurity period. There is only one nomination per breeder/co-breeder regardless of number of litters. Definition of breeder shall be the person signing and submitting the Bitch nomination form.

Breeders may submit the name of any person in good standing with the AKC who has bred or co-bred a minimum of one litter and does NOT fall into the following categories:

The Futurity judge is selected by two secret mail votes of the breeders of the nominated puppies, from those names submitted by the breeders. First ballot - one vote per litter. Second ballot - one vote per breeder/co-breeder regardless of number of litters. Ballots are counted by an independent tabulator. Judge is contacted in the order of the greatest number of votes until one has accepted. 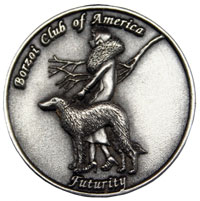